Vegan pigs in blankets - meatless and easy to make

This recipe has been on my to do list for ages! I've been wanting to veganise pigs in blankets for a long time and what better time to make it than during the festive period. These are perfect for parties and will impress your guests. A yummy treat and you get all ingredients from your supermarket.

For more delicious vegan recipe ideas, check out my other videos on my youtube channel and subscribe here: 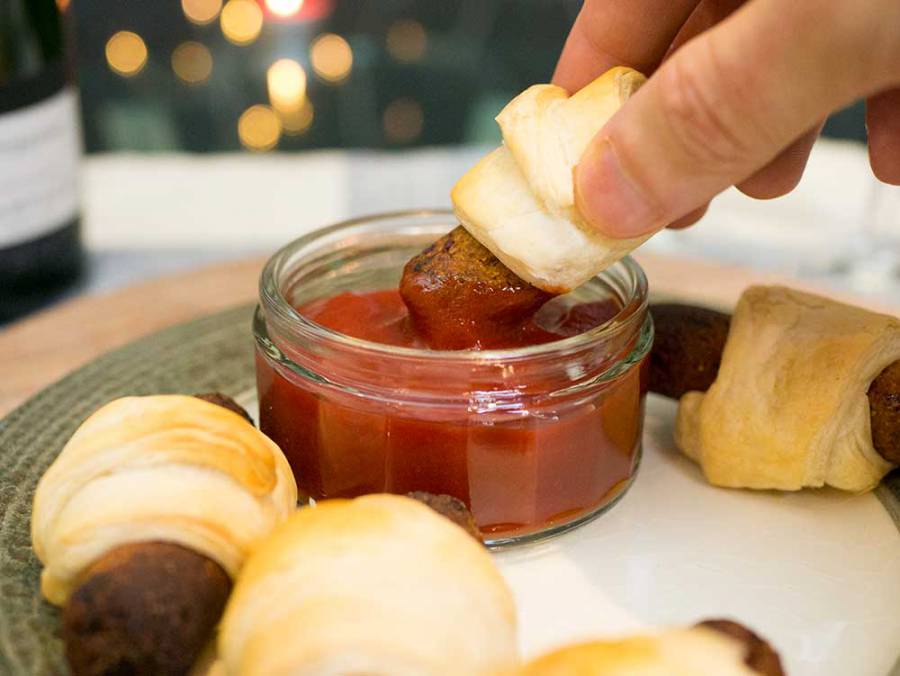 Dip these delicious vegan pigs in a blanket into a dipping sauce, like ketcup, bbq sauce or a hot sauce. 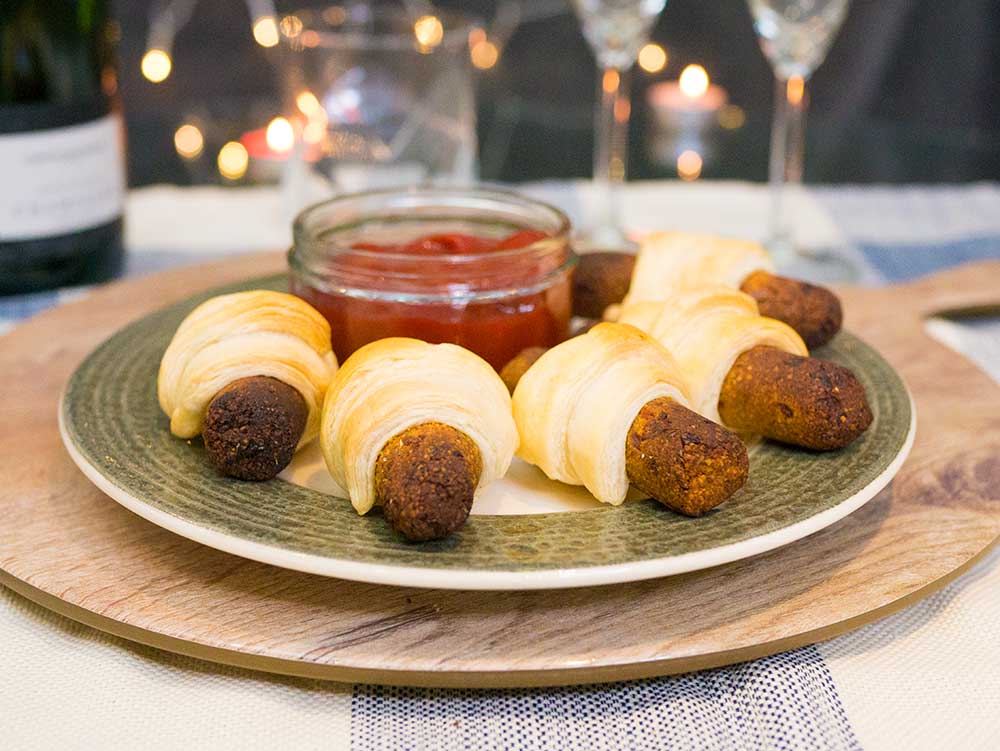 These are super easy to make and a great treat at any time of the year. 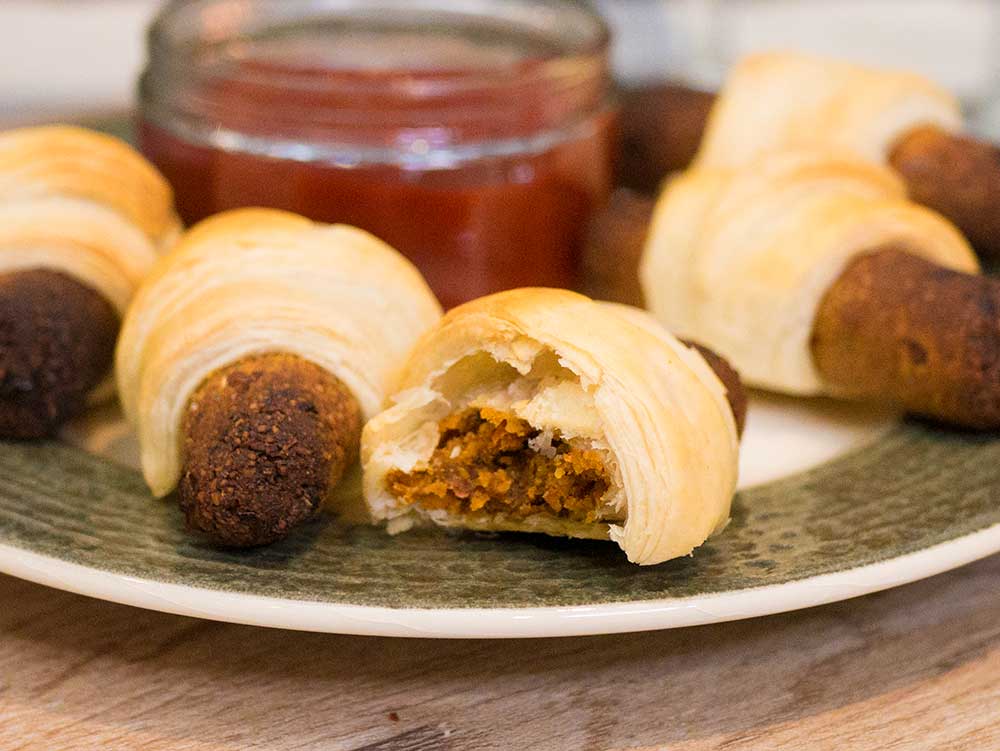 To make the sausages take 7 sun-dried tomatoes in oil and chop up finely until you get a mince. Don't lose any of the oil as you will need it to keep the sausages moist.

Then add the minced sun-dried tomatoes to a bowl. Add all other vegan sausage ingredients to the bowl and knead the mixture until you get a nice dough.

Form balls with your hands and then roll them out.

Roll out a sheet of puff pastry and cut it into quarters. Then cut triangle into these quarters.

Roll the sausages into the triangles. In my video there is quite a bit of sausage sticking out on the right and on the left. It's actually better to encapsulate the sausages more, so use wider triangles than the ones I used. These sausages taste like sausages but they don't hold together as well, so if you wrap them well in the puff pastry they won't breat but still taste amazing.

Bake them in the preheated oven at 180C (360F) for 20 minutes until the pastry is nicely baked and golden brown.

And if you like this recipe also check out my vegan cranberry cashew cheese. 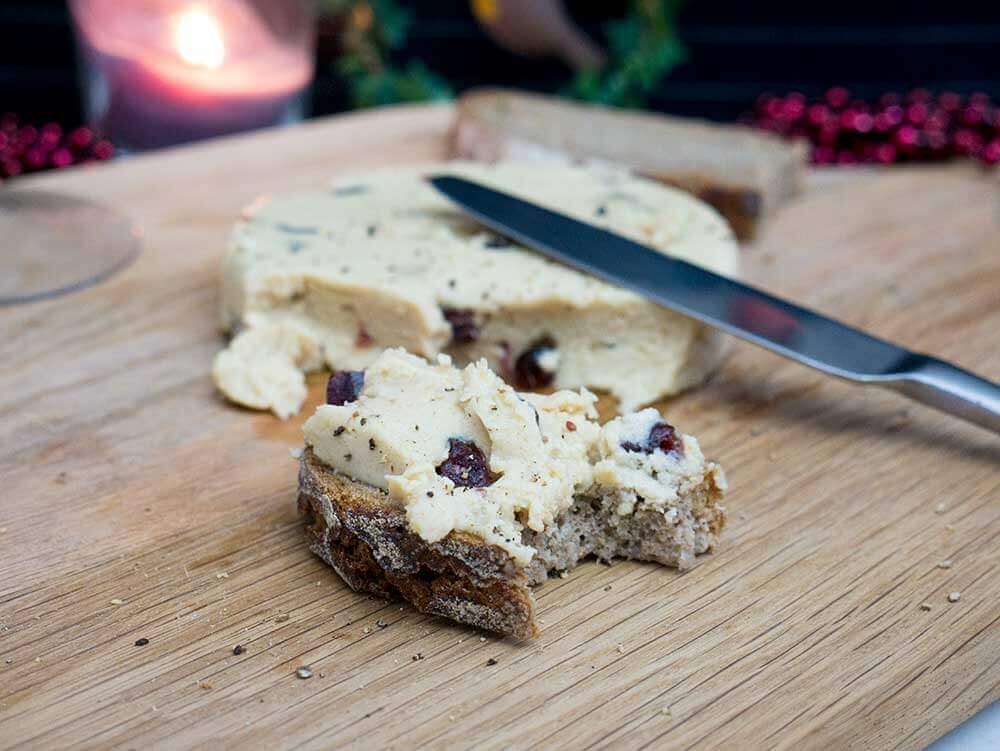